'A Time To Speak', by Helen Lewis 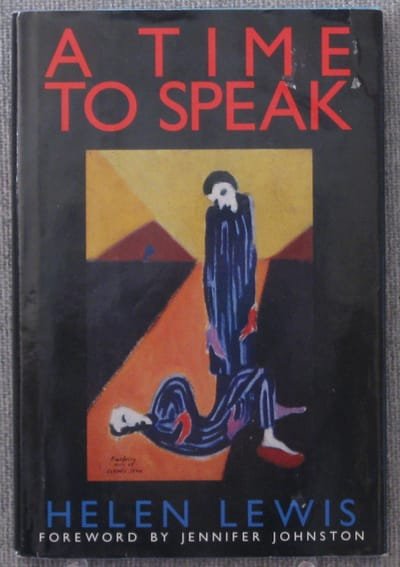 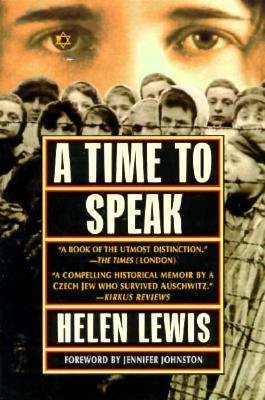 I once wrote a blog post in which I claimed that five books had changed my life; that's to say, five books to have formed just who I am today - to a certain degree, at any rate; as much as books can.

But for any avid reader, what a decision to have to make - to be limited to five books only!

Helen Lewis' Time to Speak exemplifies the difficulty of such a choice. My five books were all classics, the 'newest' being written in 1958, and all fiction... so where would Helen Lewis fit in?

Never mind that, Time to Speak should still be regarded as a timeless classic.

I've read a few fiction/non-fiction books depicting the Holocaust, but never have I read one - non-fiction - written with such blatant honesty, grace and humility.

There is so much 'more' that Helen Lewis - a Holocaust survivor - could have done with this book - Think Schindler's List, she could have touched up her already extraordinary experience with a bit of colour and creative license; think Spielberg, she could’ve cashed in!!

But no. For the lovely, the beautiful, Helen Lewis, it was simply, finally, a time to speak.

And never did 'less is more' mean so much.

Forget rancour, forget bitterness, you won't find that... But you, the reader, tell us how she makes you feel, when she depicts how a German soldier furtively gives over his lunch, to her, a young woman dying on her feet in Auschwitz, so that she might live... No poetry in the world can match that.

A little gem of a book, that the world should be forced to read...