'Alone in Berlin', by Hans Fallada 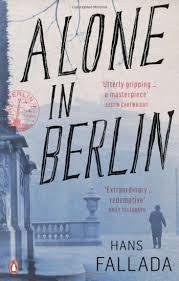 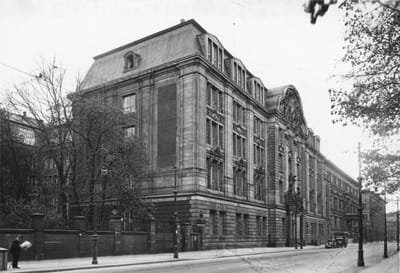 What a fabulous story! But what a rushed novel…

Alone In Berlin, by the somewhat controversial author Hans Fallada, tells the story of a man and wife in wartime Berlin, who, learning of the death of their only son during the invasion of France, decide not to accept the government propaganda – ‘… fallen for Führer and country; take pride…’ and all that. This brave couple, therefore, forms some kind of resistance, however insignificant an idea their efforts may initially appear.

Based very much on fact, the two of them anonymously drop cards boasting anti-government sentiment into official buildings. And before long, the ripples become waves, the repercussions and consequences of which they hadn’t thought possible.

In short, it’s a fascinating and wonderful story.

My problem with this book, however, translated by Michael Hoffman, isn’t with the actual story, nor with Michael Hoffman’s translation – Hoffman is a renowned translator, I might add – for I believe Hoffman kept to the book as closely as possible, stylistically, and much of the syntax and feel reads in a very Germanic way.

Hans Fallada died before publication; he was an ill, tormented man. And his state says a lot for how the book turned out. He was so desperate to tell this story that he got everything down in a matter of weeks, with a rushed revision – imagine that, 568 pages in my copy, small text!

We all know that the real writing process is the editing, and this book is laden in clumsy paragraphs and, as a whole, ought to have been half its size.

But what a story! It’s still worth reading…