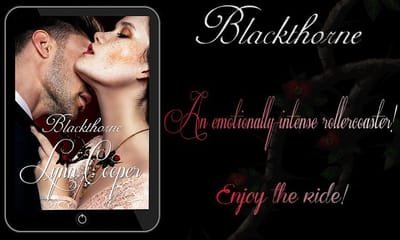 I don’t tend to do genre fiction, except that, in an interview last year – being an author myself – when asked which my favourite genre was, I didn’t reply as you might expect; in fact, my more natural response ran this way: ““It isn’t necessarily a question of genre, for me, but whether or not the book is well written; that’s what a good book is: it’s well written.”

Now, it’s all well and good me spouting such platitudes as long as I’m ready to put my money where my mouth is. If I’m prepared to give the odd genre the time of day, that is, though in this case particularly one that, for me, really has to have something else going for it other than the obvious – the word begins with ‘s’.

That’s where Lynn Cooper came in.

I once decided to follow this romance/erotic author on amazon simply because of her backlog of work – she has to be doing something right; so many books. The book covers have always appealed to me, too, whenever I’ve caught them flowing through twitter streams, especially her ‘curvaceous’ series.

Because they look like they could actually be quite funny. A little tongue-in-cheek at times, perhaps, which I’m very much a fan of.

As far as book covers are concerned, however, I plumped for Blackthorne, a more conventional looking number in the genre – suited and booted, model-type he-man, sending model-type chick into raptures; stubble tickling neck and all. Hot, I think the term is.

But I still entered this book with an open mind. And to my open-minded surprise, I truly enjoyed it.

Because Lynn Cooper is a master in her genre. You might say she has it nailed. Thanks, Lynn Cooper for reinforcing my reading philosophy.
The book is very well written, in every aspect, like its structure – it never jars – and I have to applaud her for it.

It’s based around four ‘angsty’ characters – all alpha and infallible-free – and narrated from the points of view of two, via alternate chapters, but I won’t say any more than that – if ever you’ve read any of my other reviews, you’ll know I give nothing away. All four characters are very real, striking in their own right; I was able to visualise them – and yes, I have to say, I did find myself becoming rather attracted to Paisley, a sort of young Sarah Michelle Gellar type if ever there were.

I’ll not say much more than to add that I truly appreciate Lynn Cooper’s sense of humour. There’s something very British about it for me, particular in her characters’ exclamatory lines.

Bravo, Lynn Cooper, and keep up the good work.

You can get the book here <<