'The Boy In The striped Pajamas', by John Boyne 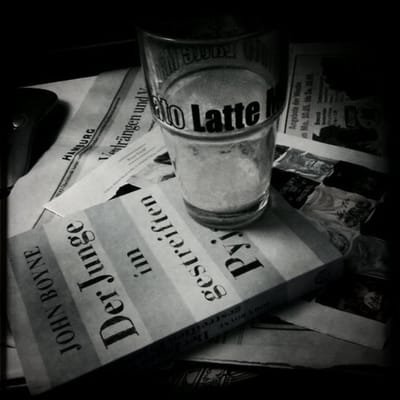 I guess John Boyne’s The Boy in the Striped Pajamas will be considered by many (more thoughtful) readers as, up until now, one of the satirical masterpieces of the new millennium.

And I would have to agree. It certainly contains all the essential elements to be such: innocence; naivety, a sense of alienation; curiosity, intrigue; child-like simplicity… allowing – obliging – our narrator to ask the most pertinent questions, without necessarily being rhetorical; and in doing so, s/he may cut right to the heart of human failure: greed, selfishness, hate… and on it goes…

To be perfectly honest, I’m surprised it’s taken so long for someone to write this book; and in the style of children’s literature, too – there’s nothing more powerful when it comes to satire; a book containing what we might think of as ‘dual addressivity’, and so works on two levels.

A young boy with a high ranking father on one side of the Auschwitz fence, befriending one on the other side, in striped pajamas, come rain or shine… What else is there to say? But that their friendship will be an interesting one?

Albert Camus – writer of The Outsider, one of those last millennium classics, and a very similar kind of book at heart – once said that any complex concept need only be explained in simple language. John Boyne’s book acts as yet more proof of that…

It’s rather like a literary version of Roberto Benigni’s La Vita è Bella.